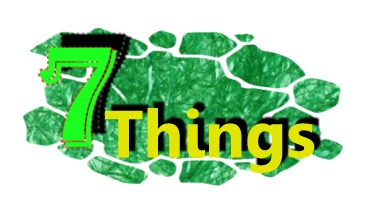 1. I wish they would admit that many people are not happy with their homosexuality or lesbianism, and that this conflict is internal, based on legitimate, intelligent religious and moral convictions--not just the result of a so-called "homophobic" society which is forcing guilt upon people who don't conform to a heterosexual ethic.

Stop throwing out the cheap, inaccurate labels like "internalized homophobia" to explain our motivations.

2. I wish they would acknowledge that homosexuals and lesbians can experience significant change in their sexual feelings and desires, even though they may never be totally heterosexual in their sexual thoughts and feelings.

Be honest enough to admit that such change is significant and genuine, even if it isn't complete.

3. I wish they would acknowledge that many former homosexuals and lesbians have found a greater measure of peace and satisfaction after leaving a gay or lesbian lifestyle than they ever experienced while embracing homosexuality.

Not all "ex-gays" are miserable, plotting how to secretly fulfill their homosexual lusts without being caught.

4. I wish they would acknowledge that many former homosexuals and lesbians have genuine joy in their marriages.

Most former gays and lesbians don't get married in a futile attempt to "escape" homosexuality; they marry as a natural consequence of resolving that issue in their lives.

5. I wish they would acknowledge that all people have as much right to pursue a heterosexual lifestyle as they do to pursue homosexuality.

Former homosexuals and lesbians should not be harassed and castigated by the gay community. But I have never heard any gay or lesbian leaders speak out against the violence (such as bomb threats and physical/verbal abuse) which some people perpetuate against Exodus ministries.

6. I wish they would stop equating our decision to leave homosexuality with "hatred" and "bigotry" against gays and lesbians.

We don't hate gays; we simply desire to live free of homosexuality. Don't put nasty labels upon our motives. That's being judgmental and unfair.

7. I wish pro-gay religious leaders would admit that their endorsement and promotion of monogamous homosexual relationships is a facade.

Many--probably most--men and women involved in long-term partnerships are not sexually monogamous, but gay churches don't discipline members for committing "adultery" outside their "gay marriage." Neither do they discipline gays or lesbians who have sex before entering into a "holy union" with their partner.