I believe voting is the responsibility of every mature Christian; as mature Christians we should be productive and involved citizens. We should contribute in all of our God-given abilities to influence righteousness or at least moving towards what is right. I think Pete Winn did a good job at revealing a Biblical precedent for voting at this link: Do Christians Have A Duty To Vote?

Voting should not be based upon a political affiliation. I do not vote based on a party. I vote based on a candidate's character and ability. However, I certainly take time to "think through" and consider a political party's platform and direction to make my decisions. I hope you will too.

There are certain issues of morality on the Democrat Party platform that I cannot ever align myself, now more than ever. Therefore, I will not vote Democrat. It has become very immoral. This decision is not based on a loyalty to any other political party. I am voting Republican for president, however, I am not loyal to the Republican Party. Actually, I have seen the Republican Party as unfaithful. I see way too much greediness in the Republican Party. I am very disappointed in politics. I don't even like the party system. Quite frankly I agree with our first president, in his farewell address 212 years ago, George Washington said: 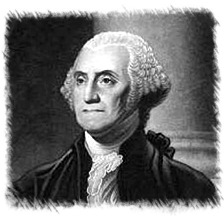 "However [political parties] may now and then answer popular ends, they are likely in the course of time and things, to become potent engines, by which cunning, ambitious, and unprincipled men will be enabled to subvert the power of the people and to usurp for themselves the reins of government, destroying after wards the very engines which have lifted them to unjust dominion." In other words, political parties, and the divisiveness it brings has the ability to promote arrogance in the politicians which will propagate evil in their ruling – pride comes before destruction. Proverbs 16:18. This seems to be more truer now than ever before in our entire history.

I vote based upon character, and Judeo-Christian values; as I have said before, "character really does matter."