Disclaimer / Warning: The content of the bottom YouTube video with Perez Hilton is offensive.  The use of this video is not to be construed as an endorsement of the video producer and is used only as informational purposes only. 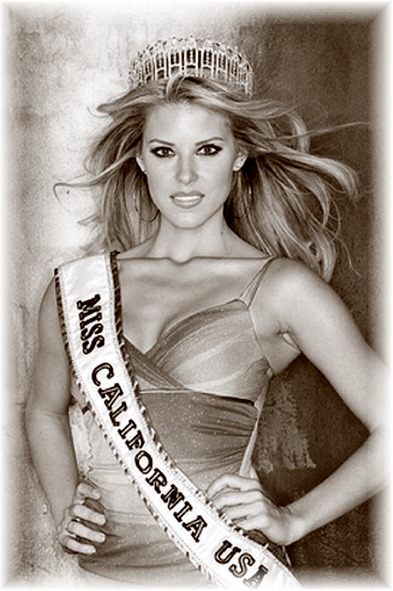 The level of intolerance in the USA is at an all time high, but not from the "right-wing" conservatives or from Christians. It is coming from those who scream the loudest for tolerance. Politically correct tolerance is only for those who believe that homosexual behavior must be given civil rights status equal to race and gender; and any other beliefs are met with hostility and intolerance.  This intolerance not only came from the openly gay Perez Hilton as seen in the hateful video clip below, but from the betrayal of Miss California's "friends" and colleagues.  It is now obvious Carrie Prejean's "friends" were in this only for the "win" and not for Carrie personally.  Miss Prejean's "friends" Shanna Moakler and business partner Keith Lewis completely snubbed Carrie, only later to continue in their intolerance by communicating divisive twitter posts.

Miss California, Carrie Prejean who was winning the contest for Miss USA until she was asked the controversial question by Perez Hilton a self proclaimed gay celebrity gossip queen.  Perez asked the question since four states have legalized gay marriage shouldn't all the states now legalize marriage?  Whatever happened to majority rules in a vote?  There are currently 30 other states that have already said "NO" to gay marriage, apparently all of Miss Prejean's critics have forgotten this known fact. Let's remember, Miss California does represent California as it was the majority who voted for Prop 8. No doubt Miss California faced fierce political and spiritual opposition on the stage in giving her answer, yet Carrie stayed true to her convictions and boldly shared her belief in God and her faith in Jesus Christ as seen in this YouTube interview with Sean Hannity.

Carrie Prejean feels so blessed to be one who would rather live by her convictions than compromise to be a man pleaser!  She is a much better role-model than those left behind in this story.  Carrie Prejean stood strong on her faith and Biblical beliefs.  I applaud Miss California!  I pray she goes far, and I believe she will.  We are now living in a day when there are fewer and fewer people willing to take such a bold stand.  Many minister's could learn from Carrie's stand and bold witness.  Unfortunately everyone is told by the politically correct left that it will offend someone, and masses of Christians are shut down and silenced.

Miss California has continued to handle her interviews with dignity and class.  Sean Hannity asked Ms. Prejean in this interview how she felt about Peres' verbal attacks; as his politically motivated judgment cost her the crown.  Carrie answered with great class and godliness, as she communicated forgiveness to Perez.  She wishes Perez and her friends the very best.  It was sincere and truly beautiful. What a terrifically beautiful woman of God, inside and out.

Perez Hilton could learn a lot from this REAL queen, Miss California. Read how outrageous this leader of the gay Hollywood elite treats the classy Miss Prejean. Perez Hilton has come unhinged and sadly represents many who feel the same way.  Perez Hilton, Miss USA judge, calls beauty queen, Carrie Prejean the 'B-word' and the 'C-word' with sarcasm and hatred. So where are the drive by media decries? Where is "Miss USA Pageant" quick denouncements? Sadly they are non-existent.