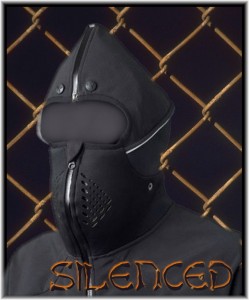 I personally don't like describing myself as "ex-gay," however; it communicates a quick sound bite of the reality and a direction of many. So while others might be disturbed by the term, "ex-gay" I feel it is a waste of time to wrangle over words that work in concisely communicating.  Yes, folks I am “ex-gay” though I do not find my identity in being “ex-gay.” I am also very concerned that there are many great stories of “ex-gays” which are being browbeaten into silence.

I have been made aware of the growing hostility towards ex-gays in the past couple of years in the media, and recently on many blogs. Even the very popular Bill O'Reilly (here’s an article here where Bill wanted to sue an ex-gay minister) continues to communicate snide chuckles on his program at the idea of ex-gays.  Fox News is somewhat fair and balanced to Judeo-Christian values, yet they do a better job with conservative political news. I like and watch Fox News, and even watch O’Reilly a lot, because most of the other cable news outlets are very hostile to the idea of Christian values, never-mind the idea of ex-gays. Our culture is completely buying into the hoax of being born gay and has accepted the idea of being gay as normality.

The hostility is really growing to the message of leaving homosexuality behind.  It could actually become illegal in the near future to minister the gospel of Jesus Christ in helping people find freedom from of homosexuality.  Even well-meaning Christians scoff at the idea, perhaps they should view the documentary: SPEECHLESS - SILENCING the CHRISTIANS. Perhaps we should remember our history of Nazi Germany. We should at least read the recent news from our Canadian neighbors to the north. In Canada it is illegal to speak out that homosexuality is sin. It is now legislatively considered hate speech and prosecutable; a topic worth Googling.  Perhaps well-meaning, well-educated yet misinformed Christians wouldn't scoff at this knowledge.

I came across this article yesterday "Ex-Gays Afraid to Come Out for Fear of Persecution" and thought this would be a good post in light of this discussion.  Ex-gays are in fact, afraid to make themselves known. I have met with MANY people who are influential in my community and others who have church communities that would make it very difficult to talk about their recovery from homosexuality.  Yet there is even a larger and growing threatening group of gay activists who are fueling the fire of fear and oppression in our culture. They wish to silence the freedom of choice when it comes to leaving homosexuality. The idea of leaving homosexuality is very threatening to their gay insecure existence and their political agendas.  Wayne Besen, a self-proclaimed activist, is one of these very loud voices, he is cruel and mean-spirited. These groups are receiving too much attention, just like the school yard bully or another picture that comes to mind, it's like the elementary kid throwing himself down on the floor throwing the hissy-fit.  I know what I want to do to that kid, but Dr. Spock wouldn’t like it!  Yet our culture is deceived by Darwinian-ism and humanistic beliefs. Our society is vacillating from being increasingly afraid of these bullies or being in love with them!

There are growing numbers of political gay groups that are very disturbing to me. They are actual GAY hate groups who wish to silence the voices of ex-gays. These groups are like the brazenly named "Ex-Gay Watch" and their club of bloggers who use hatefully sarcastic words in addressing ex-gays. There are even more radical groups that are extra hateful with their narcissistic touches of sarcasm which reveal vicious vitriol fueled by people like Wayne Besen.  I have had my own personal encounters with these groups. These people have actually posted ideas of how to stalk and harm ex-gay ministries and their leaders.  They sarcastically mock and hope for the demise of any ex-gay ministry leader.  They write books and plays applauding, scoffing and laughing at any relapse of any individual leaving homosexuality. If someone did this with other addicts like alcoholics or other human weaknesses the media would crucify them and then completely dismiss them as cruel hateful people, like Rev. Phelps and his gang; not so for gay activists.

A very successful attorney friend of mine recently told me he felt it was like 1933 in Nazi Germany for Christians and Exodus type ministries in the USA.  He seriously joked with me and said, "Stephen it is like 1933 and your last name isn't Black, but Bernstein. Your ministries will be on the frontline of the next demonic wave of an anti-Christ movement in history. It is coming."  WOW! It was a sobering moment.

One merely need to lightly read over blogs like the "Ex-GAY WATCH" and/or Wayne Besen's blog and you will know we are living in very dark days.  In the news just yesterday, at WorldNetDaily, Wayne Besen is revealed in an article that exposes his tactics and lies. The article by Bob Unruh describes Wayne Besen “as the Fred Phelps of the left.” Pretty scary!

It is sad how many people are afraid of gay activists, liberal gay blog bullies, and the liberal gay anti-Christ media machine. They are silencing their great stories about overcoming homosexuality.

Yet in closing, we need to have hope, as Charles Dickens said, “It was the best of times, it was the worst of times…” and so shall it be right before the great and terrible day of the Lord.  He is coming and HE will set things STRAIGHT!