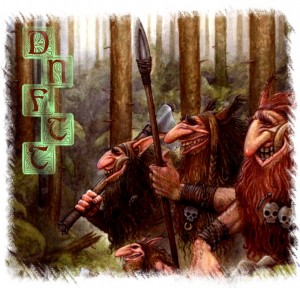 This is very good advice given to me from a friend who has an avid use of the Internet in blogging and dealing with trolls.  Don't give a morsel or a bone! "Don't feed the trolls!"  Feeding is responding back to their craziness! DNFTT!  They will only harass you more and use what ever you say against you, as they have no interest for mature or professional dialog, they're bullies.

What is a troll? A troll is an internet bully(s) who insists on being a nuisance by attacking and writing distorted, untrue and hateful things about you in a newsgroup or on a blog - or somewhere on the Internet.  They will usually contact you through emails, comments on a blog and will try to stir up controversy through blog postings. When individuals or groups continuing in this behavior it is called trolling.  Unfortunately it can also develop into what is stalking.

There are groups of people who are watching ministers of the Gospel of Jesus Christ who are watching ex-gay leaders with stalker mentalities and even incitements to assassinate a person's character.  It can become difficult when a troll becomes a stalker, and legal action must be taken.  I really appreciate godly lawyers who desire help people in ministry.  There are good lawyers with the Alliance Defense Fund, Thomas More Law Center, and then there are local lawyers who have been very helpful to me and to First Stone Ministries. There are groups of liberal blog bullies and trolls who actually advocate for stalking or suggest ways to actually trouble Christian conservatives, ex-gay ministry leaders and their staffs.

Truly we are living in new days when those who screamed the loudest for tolerance are now become some of the most intolerant hateful people in our society.  Some people are actually becoming violent in adolescent demands as has been reported in the news with the riots in California over Proposition 8 in this last election in November.  Ironically these are people who actually cry out, "no to hate" and yet are very people who are demonstrated extremely hateful behavior, crying out for the burning down of churches and the killing of Christians, and then demand hate crimes legislation for preservation for themselves.  This would be laughable if it were not so insanely dangerous. It seems that anarchy has begun in California with recent events in Oakland, CA, the city next door to San Francisco, and this of course where a Christian missionary was beaten with her own Bible and kicked repeatedly for merely singing worship songs on the streets with her group in the gay Montrose District of San Francisco.

I have encountered several mean-spirited gay activists and blog bullies in the past few years. However, 2008-2009 has given me some extra experience than in past years.  Most of these new experience started after sharing my story in finding freedom from homosexuality and sharing my feelings about free speech at the Oklahoma State Capitol on April 2, 2008.  I have also had more experiences after posting my personal beliefs here on my personal blog, and after writing articles about freedom from homosexuality.  I am grieved, but not surprised at the level of hate that has been spewed out at me and First Stone Ministries, the staff, volunteers, even my wife and children from people who claim to be so tolerant.  It is sad how other Christian and ex-gay leaders through the country are being treated.  I could write for an hour telling the stories.

Bottom line, if you share something contrary or in opposition to the politically correct liberal leftist position about homosexuality,  there is NO tolerance of your views.  Freedom of speech for the Christian is coming to an end IF the liberal left have their way. It has become clear that tolerance is only for those who have the gay political point of view.  Accept homosexuality as normal, or you are a bigot, and a hate monger.  So ironically intolerance is coming from the groups of people who demanded tolerance. There is no room for tolerance for conservative Bible believing ministries like First Stone,  Focus on the Family,  Exodus International, and scores of many other Christian organizations with  who are in opposition to politically gay-agenda-minded motivated groups.  The Internet is full of personal blogs of gay men/woman and gay organizations who wish the demise of Christian organizations.

DFTT!  – Don't feed the trolls, and sound advice from my lawyers: document everything, keep everything, start filing police reports and get a team of lawyers.