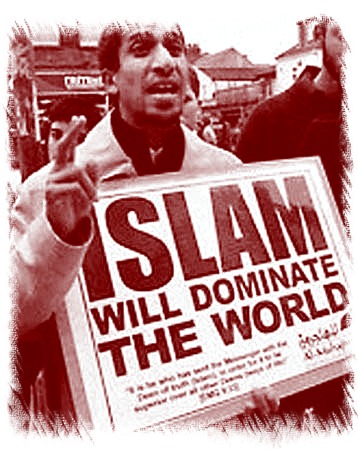 I thought this was an excellent, well thought out article, with common sense thinking from Michelle Malkin, Syndicated Columnist.  Michelle communicated the possibilities America faces of an ongoing horrific Islamic jihad;  not merely a “man-made disaster,” but a Koran-inspired religious war. President Obama refuses to clearly communicate the centuries-old roots of this type war.  President Obama claims he can win this war faster, better, and cleaner than any of his predecessors; um hm; by filling our prisons with an extreme element of religious ideology that is filled with the hatred of everything Western?

Is our President completely misguided or very concisely calculated?  You decide, I believe he is intelligent, knows exactly what he is doing, therefore very calculated; one must ask, "to what end?"

The Jihadi Virus in Our Jails

"President Obama’s speech on homeland security was 6,072 words long. Curiously, he chose not to spare an “a,” “and,” or “uh” on the New York City terror bust that dominated headlines the morning of his Tuesday address. Did the teleprompter run out of room?

After a year-long investigation launched by the Bush administration, the feds cracked down on a ring of murder-minded black Muslim jailhouse converts preparing to bomb two Bronx synagogues and “eager to bring death to Jews.” They also planned to attack a New York National Guard air base in Newburgh, New York, where the suspects lived and worshiped at a local mosque.

Not one word from the president on the jihadists’ intended victims, motives, or means."  (Click to continue to read): The Jihadi Virus in Our Jails