On January 5, 2018 I went to Tampa, Florida for two interviews on the Christian Television Network about my new book, Freedom Realized. I was interviewed by one of Christianity's great women of God, Arthelene Rippy.  It was a great pleasure to be interviewed by this mighty woman of God!  While I was in the waiting room there was a beautiful painting of John 8:7. 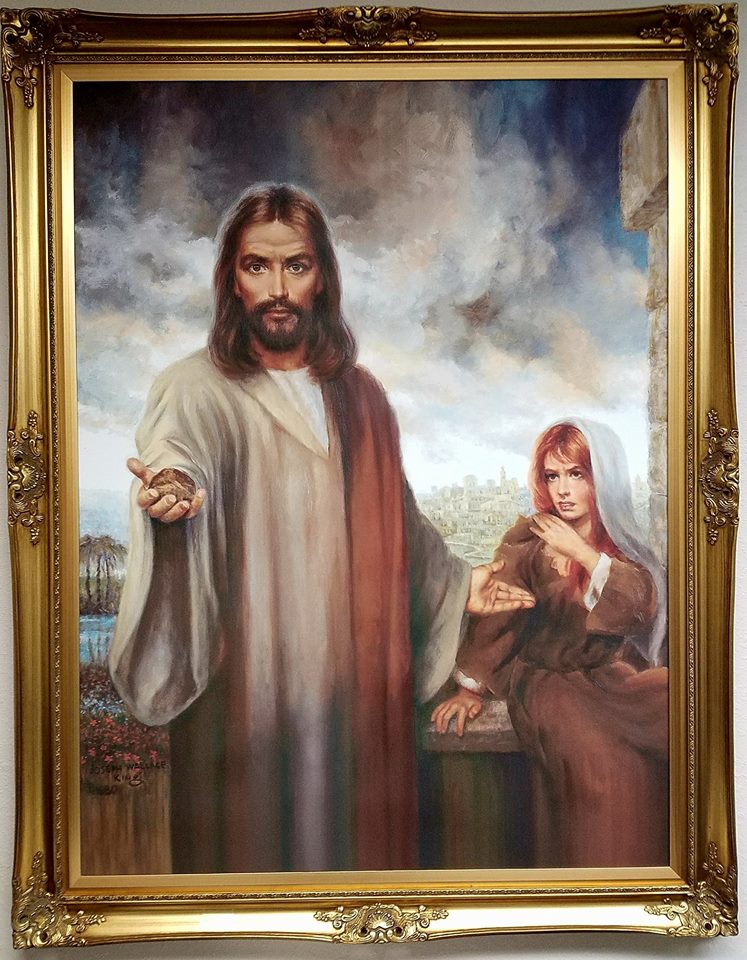 John 8:7 is the very passage of scripture that First Stone Ministries' receives its name. I felt blessed by God that this painting was there to greet me.

Arthelene Rippy has her own amazing story of testing to triumph.  It was an honor to meet Arthelene Rippy and spend time talking on and off camera. Our prayer time together was just terrific!

Arthelene interviewed me twice for two of her Home Keepers Programs.   The following are those interviews that air on many CTN stations and on other cable networks.

To know more about Freedom Realized go to: www.freedomrealized.org.