With all the chatter about Trump and the other candidates for President, I sincerely hope you will consider a person's moral compass for electability. 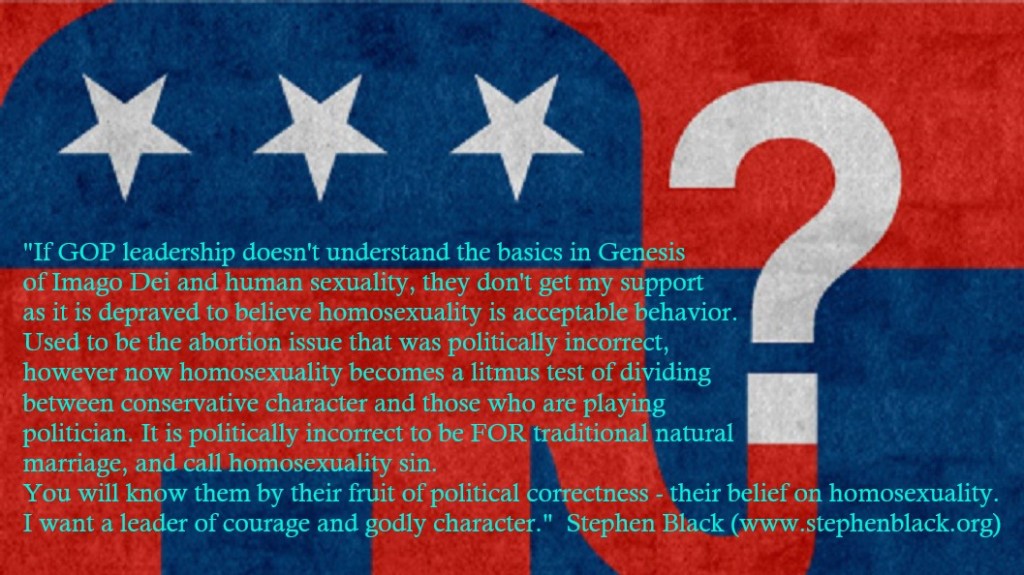 "If GOP leadership doesn't understand the basics in Genesis of Imago Dei and human sexuality, they don't get my support as it is depraved to believe homosexuality is acceptable behavior. Used to be the abortion issue that was politically incorrect, however now homosexuality becomes a litmus test of dividing between conservative character and those who are playing politician.

It is politically incorrect to be for traditional natural marriage, and call homosexuality sin.

You will know them by their fruit of political correctness - their belief on homosexuality.

I want a leader of courage and godly character."