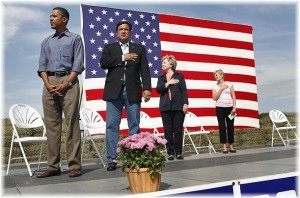 Patriotism, Character and Loyalty Matters - especially from a President! God Have Mercy on America!

November 5, 2008 – Today is historic in American politics. We have elected a very young inexperienced eloquently speaking charismatic, youth-drawing biracial Democrat President, and a newly empowered Democrat controlled Congress of the United States of America. I really do not like all the focus on his skin color, and how this has been played out by the media and so many blacks in America. I know that those who are black and have been oppressed years ago feel a sense of pride based upon race. Yet, this historic event is so much more about real issues facing our country, the Obama character, his inexperience and his ability to lead our country as President which has nothing to do with skin color. There are so many risks in so many areas!

I have asked the question, "What it will be like to have Obama, Reid and Pelosi leading our executive and legislative branches of the government?" Well we are getting ready to find out. I really do wish President-elect Obama and his wife and precious daughters the very best. I hope he can actually be a good president, but I have serious doubts based upon the facts about him and his history. I do not feel I can trust this President. His campaign made it clear he is liberal. What about the many details of the Democrat Party Agenda and where he has typically landed far left in these ideals? I am very concerned about the future of our country.

Watching what will transpire:

Obama Log - what happens from today through the first 100 days of an Obama Presidency?