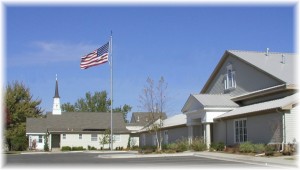 Fact:  Barack Obama opposes and has promised to see all Defense of Marriage Acts overturned.

Fact:  Barack Obama supports homosexual marriage ensuring that the 1,100+ federal legal rights and benefits of natural traditional marriage are extended to same-sex couples.   In addition, it will be illegal for you to preach against homosexuality.

Legalizing homosexual marriage will end the value of traditional marriage in America.  How do I know?

What homosexual marriage has done in Scandinavia is kill marriage in general. If the definition of marriage means you  can have 8 extra marital partners a year and then change relationships altogether every 18 months, why bother to get married at all?  And that is exactly what has happened in the Netherlands. Currently, in Scandinavia, 60% of first-born children now have unwed parents.

Is there a cost to society for not having a Mother and a Father in a home?

But even if a person didn't care about our Nation and didn't believe the Bible, if a person claims to have compassion for his fellow man, he would still oppose homosexuality.

Over the past 15 years, there have been many surveys trying to determine what percentage of the population in America was homosexual.  Even liberal think tanks, such as the Guttmacher Institute, place that number at around 3% of the population.  The percentage of sexually transmitted diseases, depression and suicide should be consistent with other population groups if homosexual behavior was a safe alternative.  The evidence proves the opposite.

In 2003, the Centers for Disease Control reported that homosexual behavior was responsible for 60% of all HIV cases in America.  A 2004 study on Gonorrhea revealed that 64% of all cases were the result of homosexual activity.  When such a small percentage of the population is responsible for such a large percentage of STDs a question should be asked about the safety of that behavior.

An epidemiological study released in 1997 from data gathered over a five-year period in Vancouver, Canada, concluded that homosexual practitioners lost up to 20 years of life expectancy.  If someone truly cared about the homosexual, this data should be cause for concern. By the way, we've heard the statement “what happens in my bedroom is my business.”  Really?  The Center for Disease Control reports that there were over 50,000 new HIV/Aids cases this past year.  99.3% of those are caused by behavior and 71% of all cases in men are the result of homosexuality. In November 2006, the Associated Press reported that the average additional health care cost associated with a person diagnosed with HIV is $618,000.  Do the math.

Not only is there the tragedy of suffering and death associated with these terrible sexually transmitted diseases, but there is also the financial burden placed upon the rest of America.  Almost $31 billion dollars incrementally added each and every year that must be absorbed by the medical industry either through the increased cost of health care or the increased cost of health insurance. In addition to the obvious structural damage that results from homosexual behavior, the list of medical diseases found with extraordinary frequency among male homosexual practitioners include anal cancer, HIV, herpes, gonorrhea, viral hepatitis B & C, syphilis, and genital warts. Along with the medical risk is an unusually high occurrence of mental disorders and illness among homosexuals.  Research results in the October 2000 issue of the American Medical Associations Archives of General Psychiatry reported that homosexual youths were 600% more likely to commit suicide than their heterosexual peers.  The excuse is made that suicides and mental illness among homosexuals is a result of bias or “homophobia” in America, but that myth has also been proven wrong.  The Dutch are considered progressive in their sexuality and homosexual marriage is legal in the Netherlands yet, statistical results there are consistent with the statistics in America.

We in America have taken great care for the well being of our fellow man.

We require seat belts to be worn in order to save lives.  Cigarette smoking is discouraged because of the increased risk of lung cancer.  We even have limitations on vending machines in schools because of the danger of obesity. Yet, if someone dares raise a question about the obvious dangers associated with homosexual behavior, that person is labeled a homophobe.  It is more loving to speak the truth in love than to placate those practicing self-destructive behavior.

Homosexuality is dangerous.  Homosexuality is sinful.  Homosexual marriage will destroy the very existence of the home in America.  Never in the history of America is the traditional home facing the threat of extinction as it is today. Christians, we must take a right stand and cast our vote in defense of the sanctity of the Traditional Judeo-Christian Home.   There are over 60 million “Evangelical” (political definition of professing believers with more traditional beliefs) Christians in America.  We need a Spiritual Revolution and Awakening in America.   If we wake up, pray up, show up and vote we can BEGIN to take a right stand for America.
— 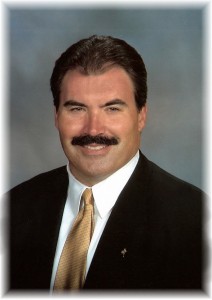