FINALLY! A NATIONAL LEADER!  A Man of God, Ken Hutcherson, the senior pastor of Antioch Bible Church in Kirkland, Washington. Pastor Hutcherson is a beautiful black man in my view, for he is a courageous man of God, but not just because he is black, but that he has godly conviction as a black man.  This is God’s beauty – the feet of those who preach good news! No doubt Pastor Hutcherson will take a lot hits (verbal abuse) over speaking the truth with the "One New Now" interviews.  However I have no doubt that he will stand strong on the truth, boldly proclaiming, because Jesus Christ is his God and king. I am rejoicing today! FINALLY one my brothers in Christ who is boldly speaking the truth!  A godly black conservative leader who is not afraid of the back lash or the "black lash" of the politically correct leftist elite.  I am so grateful for Pastor Hutcherson's interviews; this brought tears to my eyes as I read the articles and then again when I called Antioch Bible Church to express my gratefulness!   I am sure that Pastor Hutcherson is not the only leader who is speaking up, however he just happens to be one who is speaking up loud enough to be heard nationally.

(See links to the articles below).

My heart was sincerely grieved over hearing the election exiting statistical poll data; 95% of black America voting for Barack Hussein Obama for President, which includes the black church in America. It is conclusive that this was based upon the fact of Obama's skin color.  Many Christians, white, black or otherwise voted for the “change” because they were frustrated with the war in Iraq and the economy; but they did not consider the actual facts of the stated Obama goals during the campaign that were actually anti-Christian.  I found that grievous, since church percentages should have been more politically conservative no matter what a persons race. The numbers of 52 to 48 percent should have been the norm in the Church as was the entire election.  I tried to remind people of the Obama campaign promises.  I was told not to worry Barack Obama will govern more from the center.  I didn't believe it and said so, but I did hope so; unfortunately to no avail as Barack Obama became our 44th President.

Since the election and on the very day of the inauguration I have been praying for God to raise up black Christian leaders to speak the truth.  President Obama was clear at his inauguration that he wanted to “remake America” and on the same day he posted the Gay Agenda on the White House Web Site. (However recently the White House staff re-worked the web page “Support for the LGBT” and is now condensed with less details.  It is not quite as boldly pro-LGBT as it was.  However there is more to read on the White House by searching you can see for yourself.)  President Obama hasn't changed his radically left desires to "remake America."  His desire to remake America includes barbaric practices of partial-birth abortion, Hate Crimes Legislation, and a Presidential Proclamation making June 2009 LGBT Gay Pride Month for America.  I am in agreement with Pastor Hutcherson, I look for the moral compass of a leader when voting.  Clearly if a man or woman cannot see the barbarianism of partial-birth abortion, they should not be a leader.  If they cannot clearly see abortion as murder how can they have the clarity of character and conscience to lead our country? They can easily violate the other 10 Commandments of God if they are willing to promote partial-birth abortion. This CHANGE and "remaking America" direction also has built-in plans to stifle the voices of ex-gays.  This is especially exasperating for me as a man who left homosexuality 27 years ago.  This propagation of Hate Crimes legislation has what I believe the potential to lead to a culture war on traditional family value ministries and the church at large.

I have asked, “Where are my black brothers and black pastors who are equally appalled?”  Sincerely I prayed that T.D. Jakes would repent.  I have asked the Father, “please raise up godly black leaders!” You will not find many white leaders in the church asking out loud.  It’s too politically incorrect.  They would face condemnation of being racist, divisive and bigoted. I have asked where are the men who truly love God above the color of a man’s skin?  I thought we were so much further along in racial reconciliation in the church at large including the black church. I was naive. I was appalled at T.D. Jakes and other major leaders in the black church of America who were unwilling to stand ground on Biblical principles in their voting rather than glorying skin color and/or a man's race. Please don’t misunderstand me here.  It is exciting that America has voted for a black man for President.  This does prove we have made strides in overcoming racism.  I can honestly relate to some of the prejudice.  I was called awful names growing up. (I apologize now for the words in this next sentence, but imagine hearing them almost every day for 2 years.) I had one bully who for 2 years in junior-high school screaming at me almost every day within the hearing of my peers “Black – you sissy faggot, you queer, your nothing but a nigger faggot.”  It was so painful, shameful and damaging to my identity.  It was also terrifying to be followed home and beat with the name calling.  Perhaps you can see, I am not insensitive.  I can truly relate to these terrible words. My heart has been broken. I love black people, especially my brothers in Christ, but most powerfully I am in love with my granddaughter who is half white and half black, a gift from God.  You see, I am not insensitive, I just desire truth and righteousness.

I am so grateful to God and I thank God for Pastor Hutcherson who is speaking the truth boldly in these articles to call for repentance of black leaders standing with our President when he is propagating anti-Christian policies. I am so thankful for the call to come back to character and godly living rather than merely standing with a person based upon skin color or because he is charismatic or loved by the media.  I have been so grieved over the racism I perceive in the black church of America who voted for Barack Obama, kicking Jesus' teachings aside and the leaving the Scripture behind simply for the affirmation of having a black man in the White House.  Pastor Hutcherson set things clear in these interviews.  He is an answer to prayer.  If you feel the same way, I encourage you to write, call or email Antioch Bible Church and let Pastor Hutcherson know that you are standing with him, and then make sure you pray for him, his family and church.  I am sincerely praying for revival in America, and then doing something about it by speaking out; as is Pastor Hutcherson.  Will you join us by praying, and then influencing by talking to people about truth and The Gospel? 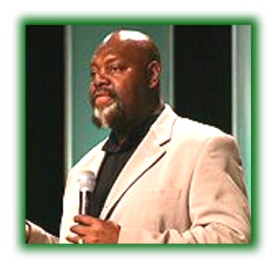 Pastor: Obama has no 'black experience' to speak of

'No truth' in Obama's speech before homosexuals