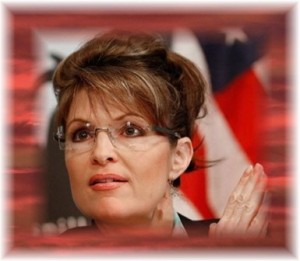 The media, liberal women's groups, the democrats and their blog bullies have viciously attacked Governor Sarah Palin. Why are they attacking this woman and her family so viciously? I think they are worried.

Since Governor Sarah Palin was announced on August 29th, it has been a media frenzy about this woman.  I am grateful for the good attention of Governor Palin.  All the coverage, negative and positive is causing Obama to suffer in the polls; which I am also grateful.

McCain's Vice Presidential pick was very unexpected; it caught the liberal media off guard, I say, "too bad!" The liberal Obama-supporting media felt slighted because they had very little preparation being off guard and ill-prepared for their planned attacks on John McCain's VP pick. I am sure they were prepared for the assumed potential nominees.  However, I think this is a minor reason for the attacks in light of all the other facts about this incredibly decent woman.

The main reason and most importantly to note, I believe it comes down to Governor Sarah Palin's ardent beliefs, Biblical world-view and her moral ideology, especially concerning the unborn child. The liberal media and the Democrats hate the idea that a woman so successful, so authentic, and so well-liked is pro-life, pro-constitutional, pro-first and second amendments, anti-big government, and could actually rule in the White House as a Vice-President. Above all they hate she is an authentic Christian believer and follower of Jesus Christ.  I smell the spirit of anti-Christ at work as usual. What an amazing woman who actually walks the talk, not perfect, but certainly desiring to be a leader of real integrity.  I really like this woman!  I personally see her being a much better President, than Obama could ever make, in the terrible event that something happened to President McCain.

Mark my words, the liberal media will begin to attack Sarah Palin viciously on her faith and beliefs before Election Day - November 4th.  They will also continue their vicious attacks once this Republican ticket is sent to the White House. Let us pray for Sarah Palin and her family!  Let us pray for John McCain and this election.  We need common sense approach to government and we need conservative constitutional-believing Supreme Court Judges. Truly this election is a turning point with huge historical ramifications for the United States, no matter whoever is elected.  God have mercy!

A OneNews story: Media on Palin - a sudden case of 'family values'?