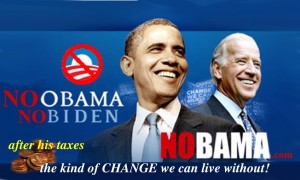 Senator Obama does not communicate concisely. He is very wordy when he talks about his policies, and most of the time it is spin. It is difficult to really understand WHAT he is saying and WHAT DIRECTION he will really take as President. He has flipped flopped on several issues. He just doesn't seem capable of being concise on any subject. He doesn't "Straight Talk" like Senator McCain, as was clearly seen at the Saddleback Church forum. It should be very interesting to watch the debates later this month.

HERE ARE THE MANY REASONS:

Morality and character are very important to me as a minister of the Gospel of Jesus Christ. I begin my own personal ‘litmus test’ for a candidate to simply ask if they believe innocent beautiful babies are expendable through the vehicle of abortion. This reveals a person’s character to me. The Democrat National Party, Barack's party, has embraced abortion as a core value. Therefore killing unborn children is a core value for Democrats. If a leader cannot even understand the value of an unborn child and a child's need for protection, then how can they be fit to rule? We should ask ourselves the eternal question, what would be God's rule? We should pray the prayer of Abraham Lincoln, to be on God's side or God's plan in this life, rather than hoping He is on our side. God have mercy on us and deliver us from this post-modern, narcissistic, self-centered secularized mentality. Are we now so intelligent by telling young women that it is a CHOICE and a good idea to end the life of an unborn child, especially if it would make you unhappy to have a baby; as Senator Obama would have his own daughters believe?

Obama's position on Abortion is radical, click here for his record. He is for partial birth abortion, in other words, he is for the right of a woman and an abortionist to pound scissors into the back of a baby's head and suck out the brains of the partially birthed child. This procedure is in fact barbaric. This point alone is why I cannot ever vote for someone who embraces this barbaric inhuman procedure. When Barack Obama was asked about how he would handle if one of his daughters got pregnant he told the audience he wouldn't want them to be unhappy, "I don't want them punished with a baby" so he advocates for abortion. He would actually encourage his daughter to abort, kill his grandchild, and paralleled the developing of a human baby to a STD, not my words, Barack Obama's. No wonder the liberal Democrats hate Sarah Palin so much, she smacks up against their love of death under a banner of choice.

Senator Obama's position on the war in Iraq is defeatism and has been the status quo of the Democrat party of tuck-tail and run. It is ridiculous that the Democrats have tried to use the war in Iraq as political posturing for their party's gain rather than being Americans first and planning for victory. However, to their chagrin, the surge of troops has worked and we are operating in victory. Even Obama, very begrudgingly, admitted to Bill O’Reilly that the surge has worked to the Democrats surprise.

Unpatriotic: There is no way I want to vote for a "COMMANDER AND CHIEF" who will not salute the flag of the United States of American and who also thinks wearing a lapel pin of the US flag is political.

“I won’t wear that pin,” Barack Obama said. I say it is the flag of the United States and anyone who loves this country should be proud to wear it especially if you are running to be the president! I come from a family of service: my father, my brother, my brother's in-law and most of my uncles have all served in the armed forces. This is incredulous and insulting to me that Barack Obama takes this position.Who is he really loyal too?We are in a time of war. This is a fearful thing to me that anyone could come this close to the presidency of the United States and be so disloyal. Barack and his wife were not so proud of this country until the spot light was shown on their comments.

Taxes - he will tax small businesses to death, employer taxes will = higher living expenses, higher fuel costs, and higher cost of living on every item ending with a Carter recession. His policies are change alright, changing back to the Carter years. I remember those years! Unfortunately, many younger voters have no idea and are very naïve.

Judges – Barack Obama will give us radically liberal law making socialistic judges ruining the US. Obama's judges will legislate from the bench based on their ideology rather than the Constitution of the United States. This one point alone should give a long pause.

Security of our nation - Obama thinks we should negotiate with evil and he is sympathetic to Islamic nations. He thinks the terrorists should be given the same legal rights as citizens of the USA. He has no experience in foreign policy. He has never been in the military and has no idea how to run it.

Energy - no plan only talk. He and the Democrats will not drill for oil. He is now spinning because many independent pressures are bearing down on both candidates. I cannot trust Barack Obama to make good decisions that will lead our country to energy independence.

Morality – embracing homosexuality, pro-abortion, free sex any time anywhere, and condoms for everyone at every age is the platform of the Democrat Party. This is true for Barack Obama as a Democrat. If elected the Democrats along with a Democrat Commander and Chief would pass hate crimes legislation. This would literally stop ministers from speaking out against homosexuality.

The Obama Associations - Rev. Jeremiah Wright was Barack Obama’s spiritual advisor for the past 20 years of his life. Barack Obama's church, the church of Rev. Wright honors Louis Farrakhan. It wasn’t until the Sean Hannity with Fox News exposed Obama’s pastor’s radical teachings and other media pressure that Barack finally left this radically racial church. William Ayers was a mentor to Barrack Obama and helped him launch his political career. William Ayers is an unrepentant terrorist.

Isn’t it time to say enough is enough! This candidate for president has too many problems. He is supposed to be marvelously educated as a Harvard Graduate, but he does not know if we have 57 states or 59 with Alaska and Hawaii, and there are millions who want him to be president? No, I could NEVER vote for Barack Obama! By the way, I think most fifth graders know that we have 50 states here in the United States of America.

Here's a pro-life blog I just ran across that has great insights from a black man who will not vote for Obama! Well written!