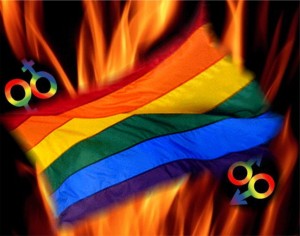 Gay affirming policies and politics are leading to the ruin of marriage as once known between one man and one woman. Marriage is on the fast-track of no longer being sacred. According to a recent Gallup poll, 78% to 88% of American youth ages 16 to 25 embrace the idea of homosexuality as a valid, acceptable alternative lifestyle and that gays should be allowed to marry.

Once gay marriage is accepted in a culture then marriage becomes devalued and diluted to nothing and people just stop marrying.  This is true in the European countries that have embraced such cultural policies according to Stanly Kurtz’s article “The End of Marriage in Scandinavia”.

According to this polling data, I would say that the USA is only 10 – 15 years away from a sweeping gay marriage revolution across this country.  This is already occurring in Europe.  If there is not a spiritual and moral awakening, marriage will become a bothersome formality for a liberal immoral society. Once marriage is defined to mean anything you desire, it becomes warped and goes to several other bizarre forms.

So, why not have marriages to include polygamy, marrying children, or even your favorite pet?   “Ridiculous!” You might say, well time will tell.  It would have been ridiculous 50 years ago to propose a future of what actually happened this past week in California. Is it ridiculous that the San Francisco Valued Pious Black Robes trashed traditional marriage?  Gays are lining up to marry in California!  Oh the time consuming quagmire this will put other states into dealing with gay marriages and divorces. There will certainly be plenty of extra courtroom time and dollars spent until the newness wears off and gay affirmation has completely destroyed marriage altogether.

I feel the Church at large has lost its saltiness and influence in this “post-modern any thing that feels good goes” narcissistic generation. Even among heterosexual marriages of evangelicals there is more than a 50% divorce rate.  Where is commitment?  Where is loyalty and godly character in our society?  Haven’t we started the imploding process by embracing all forms of immorality?  Where is the Holy Church? Most church-going people laugh and embrace gay characters during their weekly dosage of television entertainment.  Acclimation – it really has become "acceptable."  The Church is not allowed to even use a Biblical word to describe homosexuality as detestable without gasps and shrills from other acclimated politically and culturally relevant Christians. Yes, we have become acclimated to accept it as a normal part.

When marriage is made into a mockery, then the question becomes, “why bother?”  The overwhelmingly majority of the same noted peer group in the Gallup poll also believes it is perfectly acceptable to have free sex with anyone at anytime, just as long as it is consenting.   Will this be the last generation to up hold any form of Judeo-Christian morality? Will there be even more terrorism from radical Islamic Fascists because the USA is indeed become the great Satan of immorality in their minds?  The leading country producing the largest amount decadent pornographic material to the rest of the entire earth! The Islamic extremists actually believe their holy book and are out to destroy such infidels. The next 10 to 20 years are going to be very gripping. We owe much of this to well organized political savvy gay activists, the California black robes and to a sleepy Church. 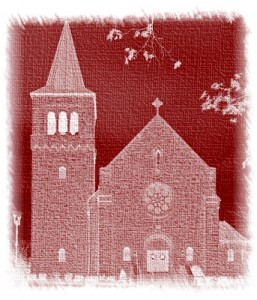 “This is all the more urgent, for you know how late it is; time is running out. Wake up, for our salvation is nearer now than when we first believed. The night is almost gone; the day of salvation will soon be here. So remove your dark deeds like dirty clothes, and put on the shining armor of right living. Because we belong to the day, we must live decent lives for all to see. Don’t participate in the darkness of wild parties and drunkenness, or in sexual promiscuity and immoral living, or in quarreling and jealousy. Instead, clothe yourself with the presence of the Lord Jesus Christ. And don’t let yourself think about ways to indulge your evil desires.  (Romans 13:11-14 NLT)