The stage was set in San Diego. Promises were made. The gay community planned to shut the conference down. They came to protest the hundreds of formerly gay men and women, pastors, counselors, and strugglers attending the Restored Hope Conference. Protesters gathered outside. Shouting slogans, raising fists and fingers to anyone who dared drive past them. Inside the speakers and workshop leaders talked about how Christ came to set them free – from sin. Jesus said, “He who is forgiven much, loves much.” People coming out of a sinful lifestyle know what they have been saved from. This is hardly a novel idea. It is at the heart of the Gospel message. 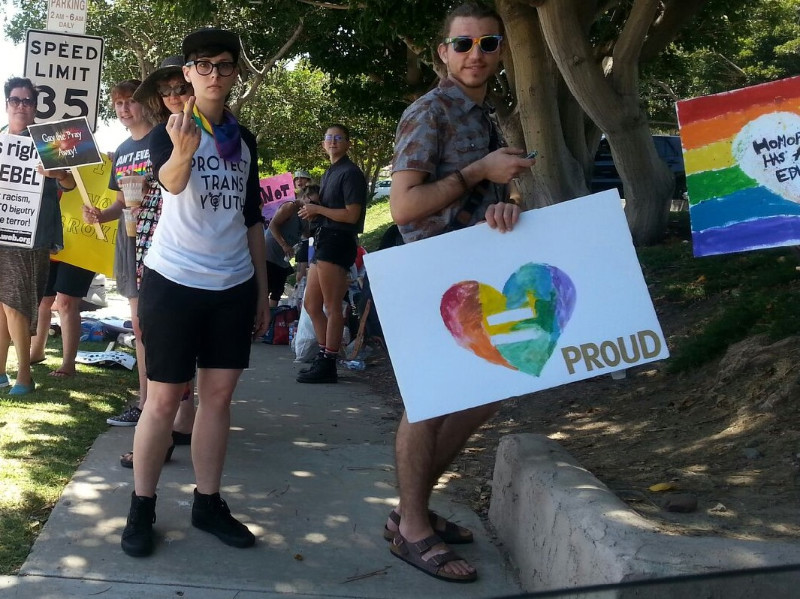 When good becomes evil or evil becomes good, the basis for civil discourse begins to collapse. In his infamous question, Pontius Pilate asks, “What is truth?” His insinuation was that truth must be illusive, subjective, hidden or impossible to define. Standing before him was the embodiment of truth and he missed it. Do you see the parallels with what’s happening in our culture? So many people are missing it. They are redefining truth based on their feelings, their experiences, and their opinions but certainly not on biblical terms.

As a Christian communicator, you have an advantage in today’s crazy world. You know the Source of truth. What a powerful idea. We face many who are like Pilate and cannot discern truth when it is right in front of them. This is willful blindness. Our job as communicators is simple; tell the truth. Adolph Hitler once said, “If you tell a big enough lie and tell it frequently enough, it will be believed.” This repetitive nature of a lie is turning otherwise intelligent people into fools. Ideology matters. Faith matters. Our capacity to articulate truth matters.

This is neither the time to be conflict avoidant nor to lose our cool. It is an opportunity to speak the truth in love, repeat the truth as many times as necessary even if it seems like people aren’t listening. Here are some basic reminders for us as we navigate these scurrilous days.

I spoke with a woman who runs a nearby assisted living facility. She is not a believer. But sometimes we plant seeds and trust the Holy Spirit to do the rest. I said to her, “Jesus didn’t die because He was such a nice guy; He died because he irritated the religious leaders of His day.” I am not suggesting we intentionally annoy people. I am suggesting that we cease caring so much what others think and start thinking more about what God cares about. Carpe diem.

Don S. Otis is president of Veritas Communications, a publicity agency that has scheduled more than 30,000 interviews since 1991. He is the author of five books, hosted his own radio show and produced radio and television shows in Los Angeles and Denver.
For more see veritasincorporated.com

I met Don Otis, in Orlando, FL at the National Radio Broadcasters Conference 2017.  As we talked about my new book, our beliefs, life, culture, and most importantly about our relationship with Christ, I realized I had found a true friend and brother in Christ. He is concerned about people, our country and the Church. As I listened to Don further, I discerned that this is a man that has a lot of wisdom concerning the media and publishing. I also found someone who really related to my passion for the truth.

I asked Don for his help, after spending quality time talking everything that matters. I have talked with Don for hours over the last 21 months. The truth you need to know, I have been more equipped and empowered than ever before because of Don's influence. I am so grateful to God for this connection. We started a business relationship that has been incredible.  Don is not in business merely for business sake, but to make a difference for the glory of God! I have been so blessed over the last 21 months, as I have found, not only is he wise in media with over 30 years experience but to be an extremely valuable coach, friend, encourager, and brother in Christ.  If you are looking for a courageous truth-loving Christ-centered publicist, Don Otis is your man!